Surprise participated in her first ever clinic last weekend, with Canada's top ranked dressage rider Brittany Fraser Beaulieu. Terri Braithwaite rode her in the clinic. Terri backed Surprise last fall (and did a FANTASTIC job) and was the main rider until March. I offered her Surprise to ride in the clinic because I didn't have a rider spot, but to be honest I wasn't sure I'd be ready to ride her in a clinic anyway (story for another post, but as it turns out I'm riding her all the time now).
Brittany was a wonderful clinician, quickly focussing on each partnership's main needs and coaching them through exercises to improve their specific training goals. Each combination noticably improved and there was dramatic improvement over the two days with some of the participants.
Poor Surprise didn't know what hit her. Ha ha, I'm kidding. She was a star but she was pushed to a new level of work and that's a good thing. She was ready for it.
We'd been taking it easy with her since she was backed because she's still growing and still young (she doesn't turn four until the end of July). She did light walk trot over the winter, no more than three times a week, and only did an occasional canter on half a long side. She didn't do her first canter circle until four days before the clinic and suddenly she was being asked to hold her canter on a circle for short periods - whaaaat? :)
Anyway, she stepped up to the plate and worked very well. She's solidly schooling training level and even a bit of first now. She still needs to reach into the contact more, especially when she gets tense (she gets behind the vertical) but all in all she's progressing nicely.
Here are a few photos of Terri and Surprise in the clinic, as well as a video clip. 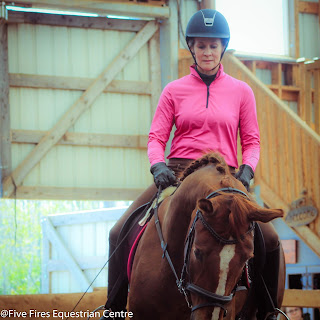 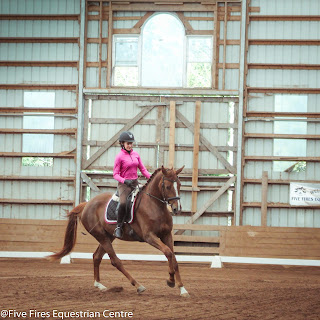 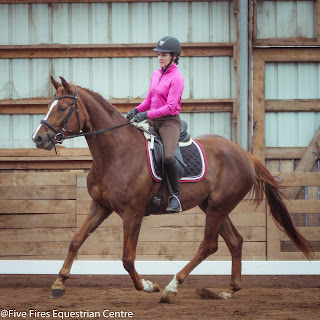 It's super easy how it works...

Are you ready to make money automatically?