I've missed blogging about my training with Rogo and I'm thinking I have time to do it again, so here goes...
My last post was a year ago. Here's the short version of what's happened since then: 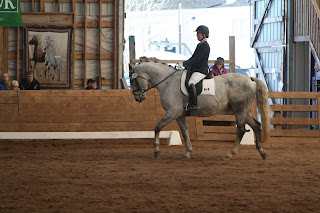 KateRose said…
Sounds like a mostly good update! Sorry to hear about your collar bone :( Excited to hear about the AK clinic :)
September 12, 2016 at 7:48 PM

Lori Skoog said…
Beautiful Rogo! Looks like his coloring has changed. Very sorry to hear about your collar bone and happy to read that you were able to catch a few breaks from your daily (heavy) schedule. Please don't stay away so long please.
September 13, 2016 at 12:51 PM

Credit Loan Solution said…
Are you tired of seeking loans and Mortgages,have you been turned down constantly By your banks and other financial institutions,We offer any form of loan to individuals and corporate bodies at low interest rate.If you are interested in taking a loan,feel free to contact us today,we promise to offer you the best services ever.Just give us a try,because a trial will convince you.What are your Financial needs?Do you need a business loan?Do you need a personal loan?Do you want to buy a car?Do you want to refinance?Do you need a mortgage loan?Do you need a huge capital to start off your business proposal or expansion? Have you lost hope and you think there is no way out, and your financial burdens still persists? Contact us (gaincreditloan1@gmail.com)